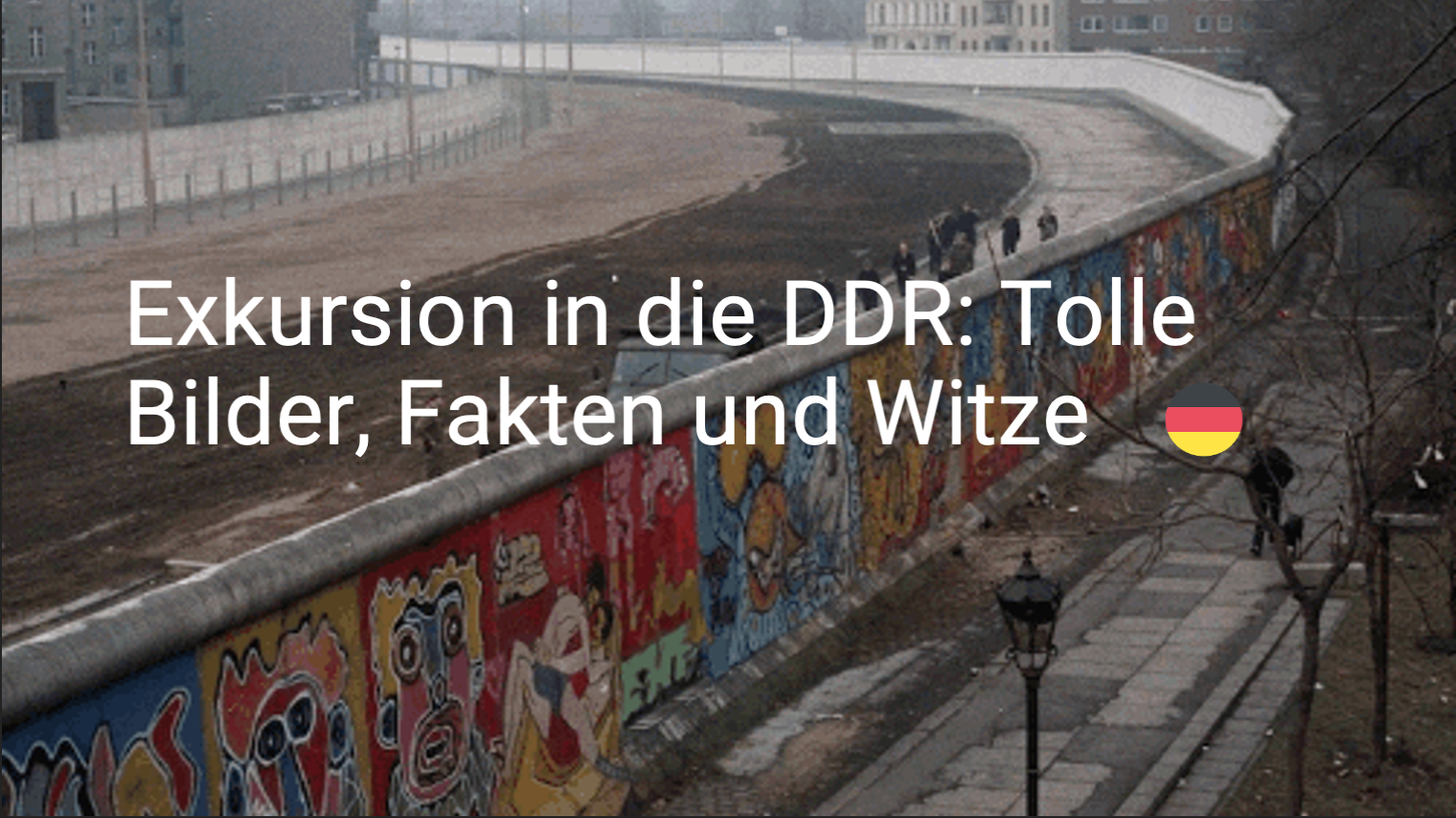 “My Project is a PowerPoint presentation with pictures, jokes, facts and a movie trailer about of the DDR (East Germany). I wanted to learn what it was like to live in the GDR. I wanted to visually show what the GDR looked like as well as show some of the jokes, which I think are great, to hopefully illustrate what it might have been like for an average person to live there.” - by Carlos Sagrero

Enjoy these highly original examples of final projects created by advanced-level German students who were inspired by the topics covered in German 302, winter 2017.

“Our project is about the division of Berlin before the fall of the Berlin Wall. It pits East and West ideas of capitalism and communism against each other. The inspiration of our project is a YouTube Series “Epic Rap Battles of History” that takes historical characters and pits them against each other in a rap. We want to communicate the feeling of dividedness between the two ideologies but also the possibility of getting past differences.” - by Amelia Crary, Dina Alarian, Patrick McCabe

What is it about? “A wizard who guards time uses a banana army to protect time form the dinosaurs. The wizard owns the clocks that control time and the dinosaurs want it to set back to their time. But they realize the past was awful and stay in the future. This is a tale that, despite having only one human character, concerns extremely humanistic themes: a desire to return home, personal property, the struggle against time.” - by Taylor Best, Jessica Fauria, Elina King, Will Peischel, Jose Quitenero

is a beautifully acted and professionally filmed love and life story.

Stimme in den Schatten [A Voice in the Shadows]

The pseudo-horror comedy, Stimme in den Schatten: A Voice in the Shadows surprises with a delightful ending.