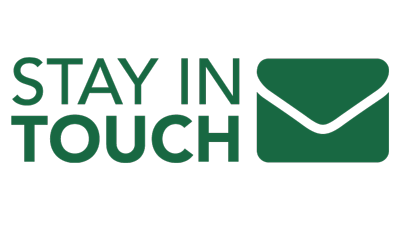 We want to hear from our alumni. If you have news or information to share, please fill out our contact form, contact our office or reach out to Cal Poly Career Services.

Summer Carlson (MLL 2016)
Is currently living and working in Spain as an English language conversation assistant at a high school. She is in the North American Language and Culture Assistants program run by the Spanish government for the 2016-2017 school year. She absolutely loves the work she gets to do every day, and is eager to gain more experience in the area of English language teaching.

Daniel Brosnahan  (MLL 2014)
Most recently employed as a Field Organizer with the Democratic Party of Georgia.

Paris Badat (MLL 2013)
Worked in the Summer and Fall of 2013 with a non-profit called EduAction that sponsors internships in six countries throughout Latin America. She was in Uruguay and Bolivia from July until October working with local kids to educate them (all teaching is in Spanish) on issues such as cultural diversity, sustainability, social responsibility, leadership, creativity, and personal development. Paris is pictured with students and coworkers below.

Rachel Hines (MLL 2011, certificate Teaching English as a Second Language)
Shortly after finishing her degree, she went to Guatemala for three months to teach an intensive English program for Cal Poly’s Guateca Summer School in the small village of San Pablo. In August of 2011 she went to Japan to teach English through the JET Programme. She spent a year in the northern prefecture of Yamagata teaching in several high schools. Rachel now resides in Los Osos and works as an English Learner’s Aide at San Luis High School and Laguna Middle School. She is also studying yoga at the Yoga Centre in San Luis Obispo where she teaches weekly classes.

Molly McFarland (MLL 2010)
Since graduating, Molly has kept busy. Shortly after graduation, she left for Lyon, France, to teach English for nine months through the TAPIF (Teaching Assistantship Program in France) program. Following that, she returned home for one year to work at the SLO Headquarters of MINDBODY, Inc., - a business management software company with whom she completed her senior project of a Spanish translation of part of their software. During that year, Molly worked on her Peace Corps application, and in June 2012, left the area to begin her Peace Corps service as a university English teacher in China. Now she's been serving in a small rural town outside of Zigong, Sichuan for almost fifteen months. Molly writes: "China is fascinating and perplexing, and is giving me a perspective so absolutely different from my other time abroad. My Chinese is coming along well, although not nearly as quickly as Spanish or French ever did! Despite its small challenges, I love it here, and, lately, I'm constantly in shock that I only have about nine months left in my service! My next step from here will be graduate school. I hope to obtain a master's degree in an International Development-related field, with the end goal of a career in international humanitarian work, be it through public service or work with an NGO."

Jeffrey "Jake" Hare  (MLL/BioSci 2009)
Jake worked at a veterinary clinic in Paso Robles until his acceptance to the UC Davis School of Veterinary Medicine, he will graduate June 2015.  Jake uses his spanish language frequently with clients and with his extended family. He writes, "I like what my MLL education did for me. Sometimes I dream in Spanish."

Marquel will graduate from law school Spring 2017, she is graduating from the University of the District of Columbia David A. Clarke School of Law. It is D.C.'s only public school, and the mission of the law school is focused on social justice.

Some of her accomplishments during law school have been serving the Treasurer of the Student Bar Association and the President of the Asian Pacific American Law Students Association. She is also a Founding Law Student Member of the Filipino American Lawyers Association of D.C. During her first year, she received the Peggy Browning Fund Fellowship with Unite Here Local 2 in San Francisco. This past semester she was on the D.C. Cup Moot Court Competition Team, and they placed in the semi-final round.

Marquel writes, "I have endured three years of stress, finals, and legal internships, and I am thankful for each of you who have supported me throughout the long journey. Of course, I still have to study for and pass the California Bar Examination in July 2017, so that I may practice law and represent clients in California. After the bar, I do not know where my career path is going to lead, but I am sure it will be a good place."

Paul Goldberg (MLL 2006, certificate Teaching English as a Second Language)
Vineyard manager at Bettinelli Vineyards and a director of the Napa Valley Grapegrowers.

Are you a World Languages and Cultures Alum? We'd love to hear from you! Please let us know what you are up to!